When we think of the jungle we often imagine thick overgrown vegetation, animals, birds, insects and a heavy humid atmosphere.

In fact, you could be forgiven if your mind conjures up Indiana Jones, Tarzan and Tomb Raiders. After all, this is exactly where our minds were set when we planned our trip to Costa Rica, Central America.

If you’ve read my other posts by now, you will know that after an eleven and a half hour flight from Gatwick, UK, to San Jose, Costa Rica, we moved around this country to the rain forests of Manuel Antonio on the Pacific Coast, to northern central areas in the mountains of Monteverdi and then to Arenal.

Our next stop involved a three-part transfer to Tortuguero located by the Caribbean Sea.

We are talking about a long transfer! First, we were taken by private transfer to a meeting point where we had something to eat and then joined a coach that took us to a landing point where our luggage was loaded onto small boats for our transfer along the ‘Long Canal’.

The boat travelled at speed with around 30 passengers wearing life vests for an hour and a half.

A tall, dense Jungle was all around us as our captain navigated expertly to avoid protruding roots. Our guide pointed out some of the wildlife on the route.

We were heading to Pachira Lodge opposite the small village of Tortuguero.

We arrived to a welcome drink, a quick introduction and then given our keys.

After a quick lunch which can only be described forgettable, we boarded boats to explore the jungle.

We did get the opportunity to visit Tortuguero village where locals live in colourful properties on either side of a narrow street. Behind the row of shops and homes on one side is the water separating us from a huge jungle and on the other side the Caribbean Sea where leatherback and green turtles next in September and lay over a hundred legs twice a year.

It is here that conservationists descend to try to protect the eggs from the wildlife to at least give a larger number of newly hatched turtles a chance to reach the sea… which only gives the marine life more to feed on!

On our last night, my wife and I went hunting for the most famous frog in this country.

Our trip out of Tortuguero National Park was as fast as the trip in, but tinged with sadness as I think we would have liked longer here. But sadly all good holidays must come to an end and so we headed back to San Jose for one night.

Tortuguero is highly recommended if you’re into wildlife. 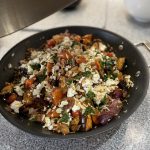 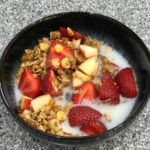 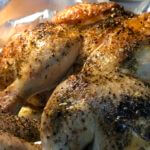